BEAUTY STARTS FROM WITHIN

Besides collagen, or alternatively to it, inside anti-aging dietary supplements you can find substances that can prevent the degradation of this protein, or that can stimulate its synthesis by fibroblasts and chondrocytes (respectively, skin and cartilage cells whose function is the production of collagen); this is the case, for example, of vitamin C and Echinacea extracts titrated in echinacoside (or asiaticoside).

Collagen, better known as gelatin, is the most abundant protein of the human body, where it is particularly concentrated in bones, tendons, cartilage, teeth, skin, membranes and blood vessels.

Collagen helps to maintain firmness, tone and turgidity of the skin, minimizing the presence of wrinkles; not surprisingly, the synthesis of collagen decreases with aging, while, on the other hand, the degradation process becomes faster, causing increased roughness of the skin, that becomes less firm and thinner.

For this reason, supplements of collagen have been largely used in anti-aging nutraceuticals and this is a common ingredient also in cosmetic products. 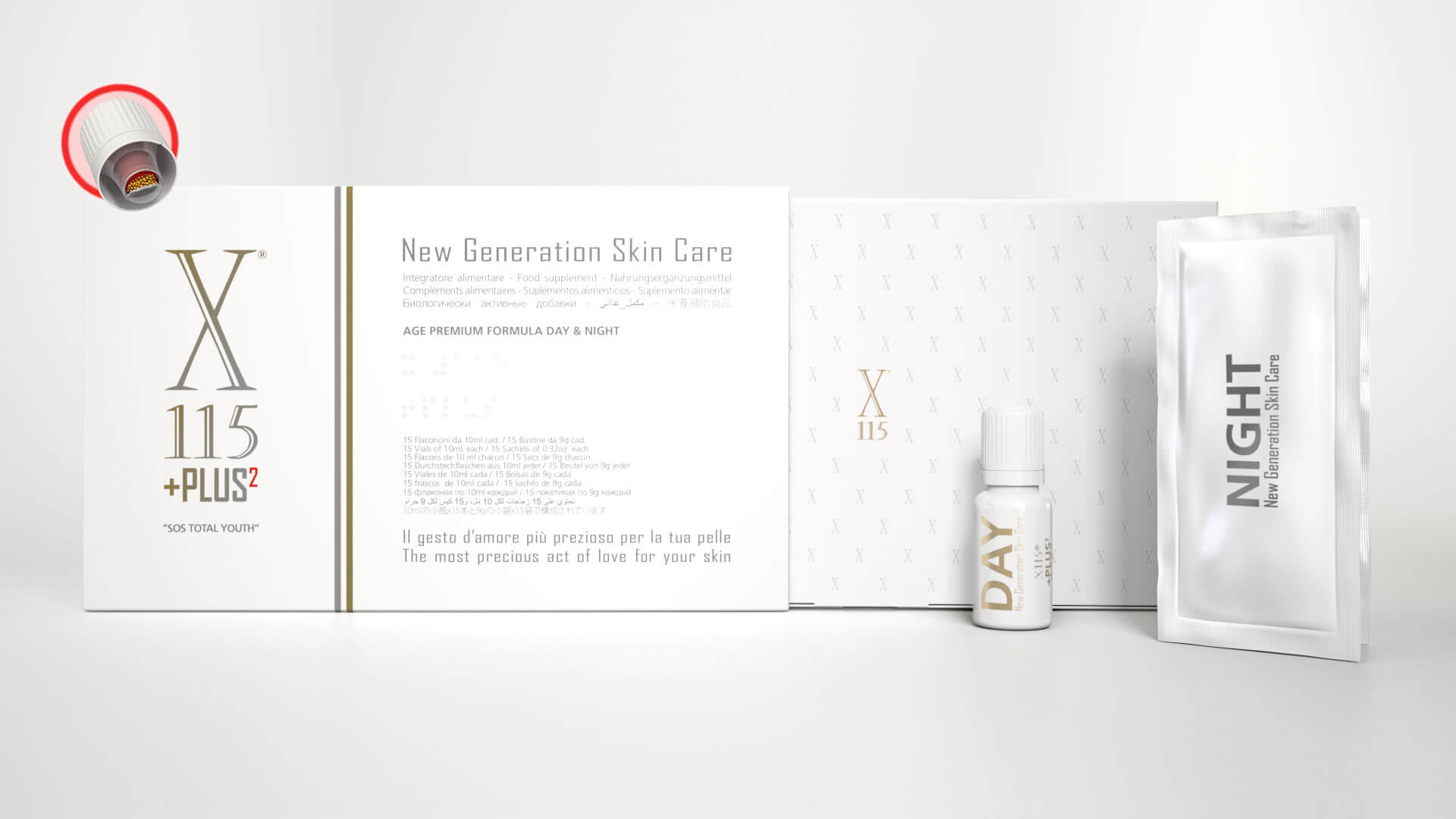 Collagen is particularly represented in the animal world, where it constitutes the most important protein of mammals. As such, it is introduced into the body most of all by eating meat. High percentages of collagen reduce the digestibility of food and explain the higher digestibility of fish with respect to meat, richer in connective tissue.

The collagen used in dietary supplements and cosmetics derives mostly from bones, skins and connective tissues of animals, such as cattle, pigs, horses and seafood; especially appreciated is the marine collagen, of fish origin.

The collagen is synthesized by the body from the individual amino acids that compose it. From a nutritional point of view, collagen is particularly rich in glycine, proline and hydroxyproline, while it is deficient in sulphur amino-acids. Just because it is rich in these amino acids necessary for its synthesis, food collagen, after being digested and broken down into the individual amino-acids that compose it, can stimulate or in some way help its new synthesis inside the body.

Collagen is often present in hydrolysed form inside cosmetics and nutritional supplements.

Hydrolysed collagen is obtained by subjecting native collagen of type I to a processes of thermal, acid, alkaline and/or enzymatic hydrolysis, with a view to reduce it into protein fragments with a lower molecular weight  Breaking down native collagen into a given number of peptide chains, longer or shorter they might be, has the aim of enhancing or of pulling down its jellying power, facilitating its digestion and absorption from food, but also of allowing – in the event of topical application (cosmetic products) – the skin absorption of the peptide chains that compose it.

COLLAGEN DIETARY SUPPLEMENTS: ARE THEY EFFECTIVE?

A good dietary supplement should not only focus on its contribution of collagen (which, inter alia, has a very cheap cost). Instead of resorting to high doses of collagen, it would make more sense to intake substances that favour its synthesis and prevent its degradation.

In fact, unless there are deficiencies of proteins in nutrition, the extra intake of food collagen can hardly give significant benefits. This is because at a gastroenteric level this protein is hydrolysed into the individual amino acids that compose it, exactly like any other protein ingested through the diet.

Although the integration of collagen can enrich the pool of amino acids and peptides used by the body for the synthesis of collagen, once absorbed, if there too many of these amino acids, they will not be used for the synthesis of new collagen, but as structural elements to form other proteins or as an energetic deposit to be used in case of need.

To make the concept even more obvious, we can think of the proteins and proteinic supplements: even though these nutrients are essential for the synthesis of muscle tissues, eating a 1-kilo steak every day is not sufficient to turn you into a body-builder; likewise the daily intake of great quantities of collagen is not sufficient to increase its concentration in the skin.

Here, then, the reason why into the most demanded and expensive dietary supplements, alongside the hydrolysed collagen, there are substances that can favour its synthesis inside the body: this is the case of vitamin C and Echinacea (titrated as asiaticoside); whereas other active ingredients, basically anti-oxidants , can stop its degradation. With regards to this aspect, see the interesting formula of the proposed  triple action dietary supplement shown in picture.

The synthesis of collagen can also be potentiated through the integration of individual amino-acids, such as arginine, hydroxyproline and ornithine. As for the nutritional supplements destined to the joints health, the hydrolysed collagen can also be supported by glucosamine and sulphate chondroitin, that is peptides useful for the cartilage nutrition.

The unconvincing scientific evidences about the usefulness of the collagen in the treatment of bones and joints problems suggest to use rather high doses, approximately 7-10 g/day for 1/3 months.

At cosmetic level, too, the application of collagen cannot be considered functional, given that the protein is too big to be absorbed. As a consequence, one prefers to use hydrolysed collagen or small precursors peptides, such as Palmitoyl Pentapeptide-4. In other occasions, in out-patient context, one uses substances that can stimulate its synthesis, such as the retinoic acid. The use of exfoliating ingredients can increase collagen synthesis inside the skin, too, whereas solar filters prevent its degradation induced by the UV rays.

Collagen can be injected as a wrinkles filling substance (filler) directly under the skin together with, or as an alternative to hyaluronic acid.

COLLAGEN NUTRITIONAL SUPPLEMENTS: WHY ARE THEY USED?

Gelatine is nothing but collagen denatured through boiling, in other words, using heat to alter the triple helix that forms its secondary structure.

Despite being of animal origin (collagen is the most abundant protein in mammals), gelatine lacks some essential amino acids, especially tryptophan, isoleucine and methionine. For this reason, it cannot be considered a good proteinic supplement. Despite this, collagen and gelatine are particularly rich in the amino acids necessary for the synthesis of collagen itself, such as proline and hydroxyproline, often lacking in the diet.

The primary purpose of the integration of collagen is to stimulate the synthesis of collagen itself inside the body. As anticipated, the topical or oral administration of hydrolyzed collagen helps its digestion and its gastrointestinal and topical absorption.

The big interest in the hydrolyzed collagen is determined by the role that the protein plays into the body; collagen is, in fact, the primary structural component of bones, teeth, cartilage, tendons, ligaments and skin. The hydrolysed collagen is then used to promote joints health, for example to facilitate the recovery after trauma or to prevent arthritis and osteoporosis phenomena, but also as a skin anti-aging treatment. In the medical field, collagen has been proposed to facilitate the recovery from burns.

The concentration of collagen inside the skin tends to decrease with aging, reducing firmness and compactness of the skin. Given the difficulty of large protein fragments to pass through epidermis, generally speaking, one prefers to include collagen into the formula of specific dietary supplements rather than in cosmetic products of unknown avail; in the latter, normally one uses highly hydrolysed collagen or small precursors such as Palmitoyl Pentapeptide-4. In other situations, in the outpatient context, one uses substances that can stimulate collagen synthesis, as happens with retinoic acid.

The unconvincing scientific evidences about the usefulness of collagen in the treatment of bones and joints problems suggest to use rather high doses, approximately 7-10 g/day for 1/3 months.

Being a proteinic element, at standard usage rates there are no recorded contra-indications or relevant side effects. Hypersensitive subjects could experience allergic reactions or suffer from gastrointestinal troubles.

Considering that the collagen is obtained by the carcasses and the leftovers of animal butchery, there are concerns about the possibility that the gelatine can become a vector for the transmission of TSE-BSE (transmissible spongiform encephalopathy, including the most famous, the so called “mad cow disease”). In theory, the heating, filtering and alkalinization processes of animal remains should be effective in the elimination or, at least the reduction, of the number of infective elements (prions) that convey the TSE.

For this reason, generally speaking, the use of fish origin collagen (marine collagen) or the vegetal one (Natto Gum) is preferred

The New generation anti-aging supplement that perform a bio-stimulating and regenerating action on the skin. 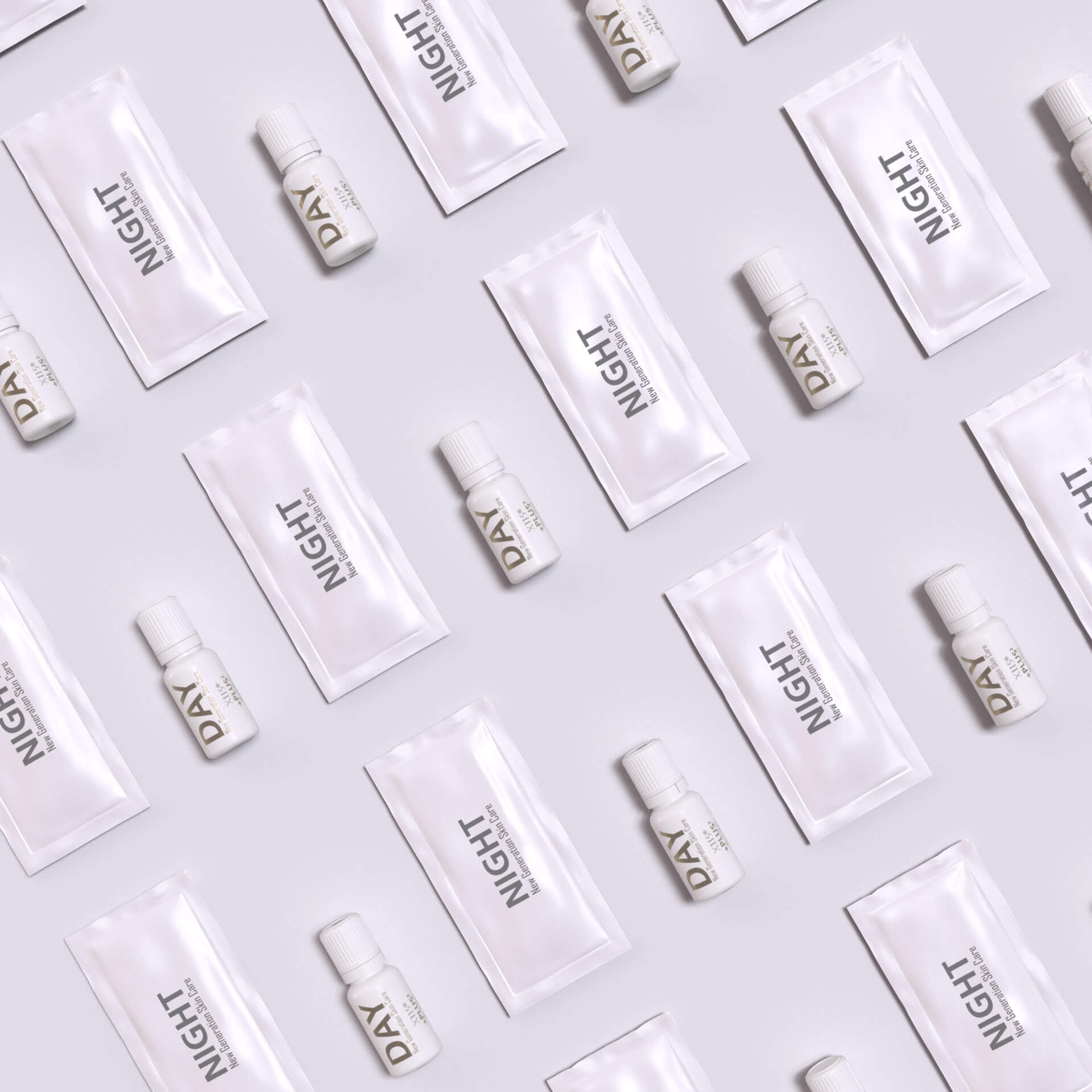 The increase of these molecules keeps the skin firmer, more elastic and protected, improving texture, elasticity and hydration, and reducing the visibility of wrinkles and expression lines

ANTI-AGE DEFENSE FOR ALL BODY

The X115® + Plus benefits are not limited to the skin.

Thanks to the high concentration of antioxidants, collagen, hyaluronic acid and polyvalent vegetable extracts::

How it Works Buy Online